How do You Gain Ivy League Admission as a Homeschooler?

If your child has dreams of gaining admission to an Ivy League school, there are certain things you'll need to do to help them reach their goal. Read on for helpful information to help your homeschool student realize their dream. 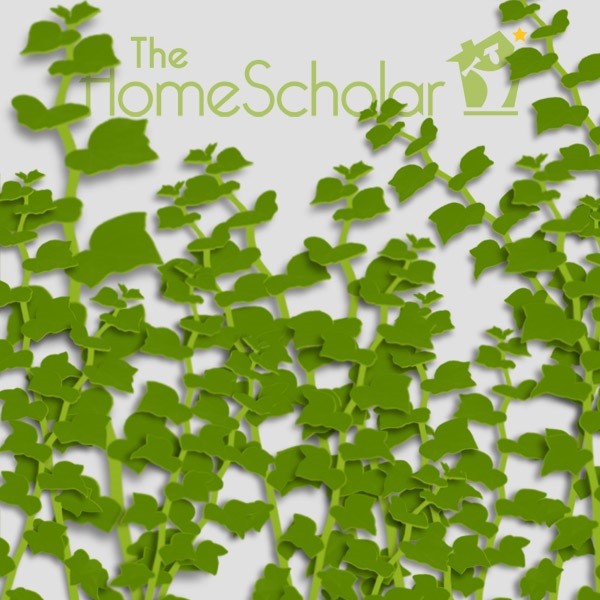 What is Ivy League Admission?

This division came into being in 1954 but the colleges themselves are much older; many of them dating back to the colonial period, with the exception of Cornell.

Due to the competitive academic nature of Ivy League schools, they aren't for everyone. You'll want to help your child consider their own unique abilities, preferences, interests, strengths, and educational goals when making a college decision. 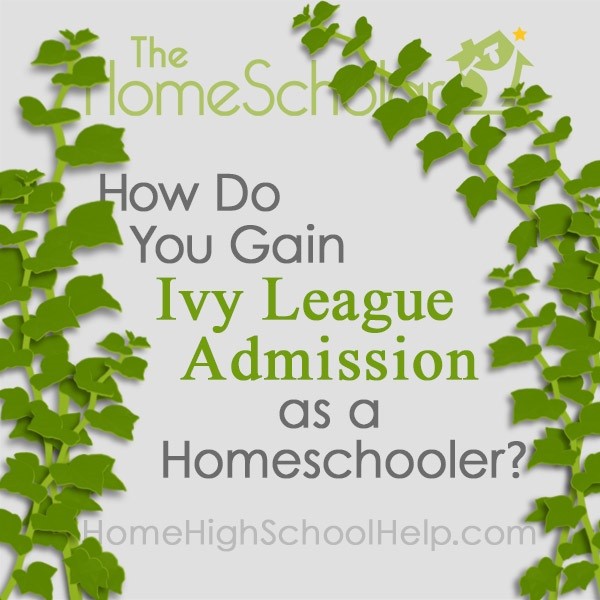 Do your research early in high school to find out exactly what these schools want in their applicants, and do your best to give it to them. Here are the admission requirements of Ivy League schools for homeschoolers.

Rejection can happen. There are many thousands of highly qualified students who are rejected each year - from public, private, and home-schools! So be prepared with a back up plan! At this level, when all candidates are extremely qualified, it often seems like it was a flip-of-the-coin admission decision, with no rhyme or reason.

These colleges value homeschool education. And yet there are no guarantees for anyone, regardless of the type of quality of their education. Read their admission policy carefully, and weigh your options with your eyes wide open.

And, just to inspire you, here are some real life homeschool teens that were successful in getting into an Ivy League school. You and your student can do it!
A real home-schooled hero: Evanston teen - He was accepted by 7 of the nation's top universities.
Homeschool to Harvard - How my Child Went from Home School to Harvard and Yours Can, Too.
As you do your research, remember that Ivy League schools may be prestigious, but they are certainly NOT perfect. I stumbled upon a recent article in Rolling Stone that confirms that for at least one student, Confessions of an Ivy League Frat Boy: Inside Dartmouth's Hazing Abuses. Are Ivy league schools worse than other schools? Don't bet on it! Are they better than other schools? Does it matter? It's more important to consider the FIT of the college, and only your family can determine the right fit for your student and your family. 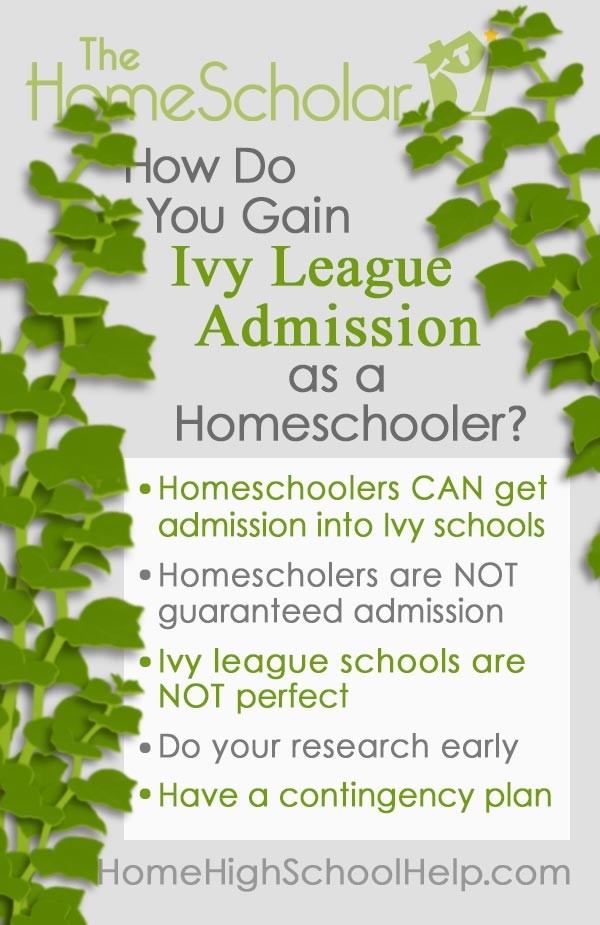 As with most colleges, I suggest creating thorough course descriptions and transcripts when applying to colleges. It's even more important when you are competing with the best of the best. You want your child, and their education, to stand out! And, remember, have a contingency plan in case of rejection.

Benefits of Dual Credit for Homeschoolers