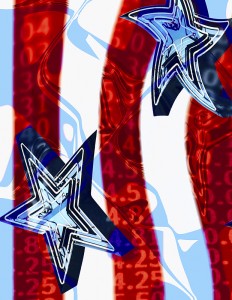 Recently I wrote a little tip about studying American Government this coming year, during a Presidential election year.  As homeschoolers, we get to teach subjects when they make sense for the student, not just because of their age or grade.  But why do schools insist on teaching it later in high school?  That's what Donna wanted to know!

Lee, I have often wondered why I usually see government class listed in the senior year.  I know as homeschoolers we have the freedom to change that, but have hesitated about starting this subject with my son who will be a freshman this upcoming year.  Any thoughts as to why a lot of people seem to wait until senior year for this subject.  Eons ago (when I was in high school) that was always the plan for public school anyway. ~ Donna

These are plenty of reasons why schools normally teach Government in Senior year of high school.  Maybe their reasons make sense to you, and maybe they don't, but here is the rationale.

These are all interesting reasons for waiting until later before doing Government, but there is the one big thing to weigh against all those reasons!  It's the whole "Strike while the iron is hot" concept.  Things make more sense when you see it in action.