During the summer months we did a little homeschool every day, usually for about one hour total. I always made sure to include some math each summer, using tiny math workbooks and just a handful of problems each day. Once the kids were in high school, I found that ACT® and SAT® preparation books were the perfect summer review workbooks: like comprehensive curriculum workbooks for elementary school, but at a high school level!

One of the problems with the public schools is that the first four weeks (or more) in the Fall are spent reviewing the material that was forgotten over the summer. Homeschoolers again have a tremendous advantage in this area. By setting aside a few minutes a day during the summer, you can ensure your students retain what they have learned. Enjoy these simple summer school tips to help keep your students sharp over the summer! 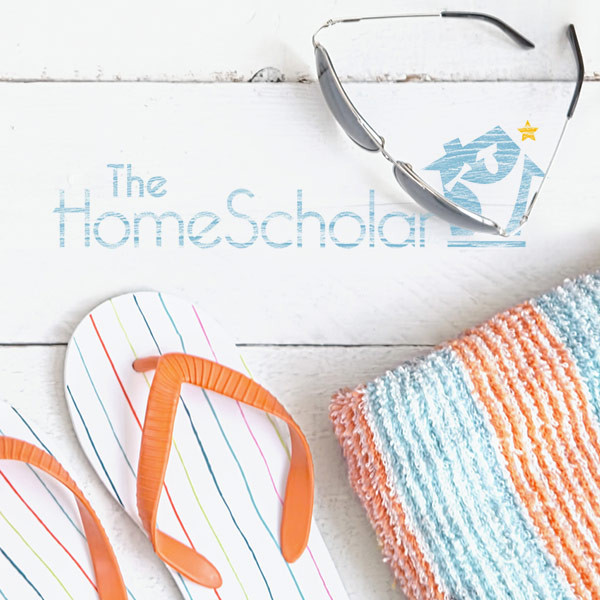 Affiliate Disclaimer: This post contains affiliate links. If you click and buy, I may make a few pennies, but not enough for a latte.

Summer School for Younger Teens: Focus on Math and Language

We set aside 15 minutes a day for math during summer school. When they were younger, I had my boys do one page of a grade-appropriate math workbook each day. They were able to breeze through it without needing my help, which was important because even though they needed a review, I needed a summer off!

In high school we used SAT® and ACT® review books to review math in the summer. Using a resource like "Math and Science Workout for the ACT®" can be very helpful. Assign a few problems for a perfectly bite-sized amount of practice each day. This will keep students' skills fresh while familiarizing them with the format and structure of the college entrance exams. Using this approach for summer school math proved to be a tremendous benefit for my boys.

One of the greatest celebrations during our homeschooling years arrived on the day my boys discovered that the "Finding Nemo" DVD came with French language audio and subtitles! That meant MOVIES! LOTS OF MOVIES!! FOR SCHOOL!!!! They had a tremendous time discovering which of their favorite films came with a built in French lesson. With animated movies especially, it was almost magical. Because the boys had already memorized the dialogue, they felt like they were really "living the language." The biggest problem was keeping it to just 30 minutes per day! Explore your DVD collection, and you may find a hidden resource in your own foreign language preference.

Homeschool parents often use Latin as a foreign language option. Probably more than other foreign languages, Latin is very easy to forget over the summer. I taught Latin for three years and never really learned it. Now that it has been a couple of years since I've looked at it, Latin is once again a "dead language" to me! I was able to teach it because I followed the easy instructions in the book. I didn't know Latin in advance at all (just Latin roots from my nursing background). You don't have to know a foreign language to teach it, so don't be afraid!

The Latin Road is the program we used during the school year, but it's pretty intense. The first year takes about 30 minutes a day, the second year 45 minutes, and the third year a full hour each day. It also requires some hands-on "Mom help" in the beginning. That alone would have made it a no-go for MY summer school program. MY summer school program was about time off for ME! (I am a certifiable wimp sometimes.) On the other hand, foreign languages really do benefit from 15 minutes a day practice, and a little bit every day is better than a ton of time once a week.

You can certainly start Latin Road during the summer if you're really into that, however when you are weighing the pros and cons, let me set out another option for you: Rummy Roots. You can play the Rummy Roots game and More Rummy Roots for just 15 minutes per day during the summer, and by the end of summer the kids will have a LARGE number of Greek and Latin roots memorized. We did this before starting The Latin Road, and it was very successful. It seemed like the kids had something to build on.

Consider lightening up in your summer school by using Rummy Roots for a fun introduction to Latin, and then start The Latin Road in the fall when you're back to school in earnest. 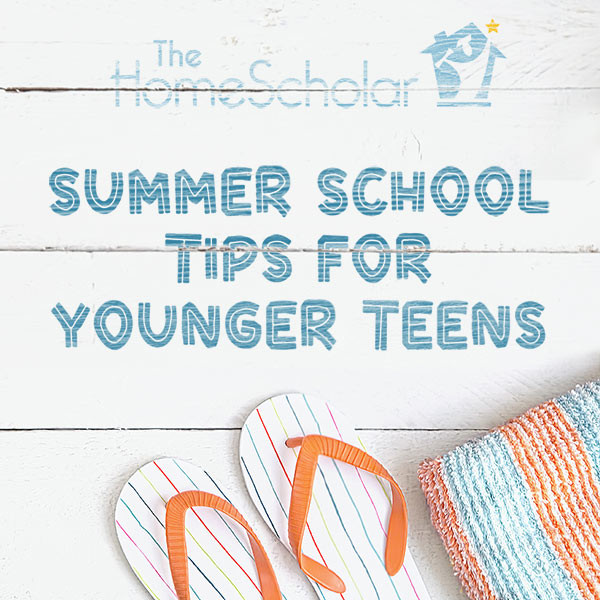 You know when kids are doing math during the school year, and they're working for hours and hours on the same assignment? After about an hour on one math lesson, they become COMPLETELY incapable and overwhelmed. It's much more efficient to stop math after one hour and then restart it later in the day.

And think about baseball players. Professional athletes get MONTHS off each year! They stop being athletes so they can recover. So I guess in that sense, homeschoolers are like professional athletes, right? We need a major break. That's why God created summer :-)

Here's a different illustration. I was talking with a homeschool mom at the pool - "talking" in the very loosest sense of the word. I had just swum 20 minutes of crawl stroke, and I was incredibly short of breath. The other mom said that she avoids such fatigue by alternating crawl stroke and breast stroke. What a genius! Now to be truthful, the real reason I was short of breath is because I'm out of shape. But let's put that aside for a moment and think about how this can apply to homeschooling.

For us, the summer meant the kids did a little math, a little foreign language, and some reading. The rest of their summer school I just "collected" from their activities and delight directed learning - that part wasn't like school at all! That is what I mean as I am encouraging you to take a break in the summer. Lightening the summer school load will keep your homeschool family on track AND let you enjoy rest and fun during the summer!

How to Homeschool College
"Secrets of the College Launch" Master Class [Virt...

What Is a Good SAT Score? 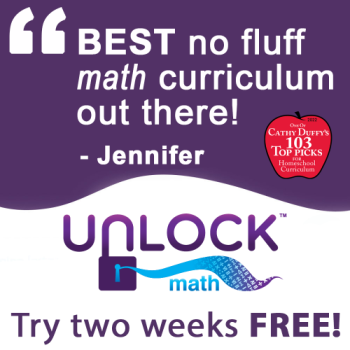