Raising Your Own Superheroes: Providing Opportunity

So your kid has caught fire with their passion and now you need to decide what to do.

No…. Put the bucket of water down.

Did I mention that a child who is on-fire for a specific topic can be very exhausting? Keeping my Kevin away from his chess board was about as easy as keeping my dog away from his dinner bowl. Our Brittany spaniel, Bailey would have pulled on his collar until unconscious if I ever tried to hold him back from dinner. Kids often show similar determination to a dog's but their approach is not nearly as linear. Indeed, children will happily employ all of their creativity finding ways to do what they want when you're not looking. It got to the point we could not even have Kevin clean the playroom without supervision because that was where his "true love" resided.

For these reasons, I believe I could have related very well to the father of "Incredi-boy." You might recall, Incredi-boy was introduced in the opening scenes of the 2004 Pixar movie, The Incredibles. He was the young would-be sidekick to our hero, Mr. Incredible. The only problem, however, was that Mr. Incredible was an incredibly poor mentor, preferring always to "work alone." But rejecting Incredi-boy did nothing to extinguish the flame of his passion, which was to invent superhero "gadgets". Rejection merely redirected that passion to the dark side as Incredi-boy grew into the evil "Syndrome." So why am I sympathetic to the father of a fictional movie character? It is because I've learned that passion demands opportunity. And passion denied is a dangerous thing. Whoever Incredi-boy's daddy was, he was clearly unable to find a suitable outlet for his precocious son.

Now I'm not suggesting that if you don't find the right opportunities for your budding superheroes, they will turn into evil fiends (although that certainly isn't unheard of). I do believe that parents have the responsibility to have our kids somewhere in the vicinity of the door when opportunity comes a-knockin'. The questions I want to explore are how do we recognize and evaluate opportunities for our kids, and how can we know which doors to open and which should be locked shut.

One of the strongest "a-ha moments" in raising my youngest came when Alex was 12. Shortly after we moved to South Seattle, he had read something in the newspaper that irritated him. I believe it was an editorial about tax policy - understandably not a normal concern for a 12 year old boy. But as I've mentioned before, Alex was a bit different that way. Anyway, he asked permission and we agreed to let him write a letter to the Seattle Post Intelligencer editor (see last letter.) A couple of days later we got a call from the editor asking to speak to him. The editor wanted to verify that Alex had written the letter and that he was indeed, twelve. It was obvious that they were checking to make sure these weren't parental thoughts planted into a child's head. Lee and I laughed because we rarely understood what Alex said, so weren't exactly qualified to place thoughts in his head. Anyway, they printed the letter.

But that, of course, wasn't the end of the story. About a week letter, I went to the mailbox and found an anonymous post card that was disturbing and vaguely threatening. It was addressed to Alex and cautioned him to stop lying about writing his letter when it was "obvious" that a parent had written it for him. The writer went on to say how Alex would ruin his life if he continued to "pretend" to pass off his parent's thoughts as his own. Lee and I discussed the postcard and decided not to tell Alex until he got older. The world is scary enough without having to deal with anonymous misguided "do-gooders" trying to teach your children ethics. 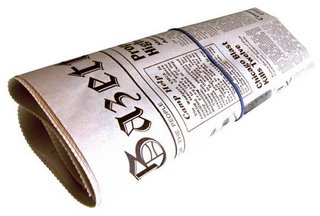 In the long term, we gleaned one important lesson from this episode: Don't show the newspaper to your children….

Never underestimate your children. (That's the one!) As parents we tend to have certain expectations of kids' behavior at certain ages. It is true that in many ways, Alex was a typical 12-year-old boy - he loved baseball, swimming, and playing world domination games. It was just that in his area of passion, he was well advanced in both maturity and ability. In this instance, the "door of opportunity" was pretty easy to recognize: an opportunity to publish his letter in the city newspaper. Some parents might have missed the door, however, by wrongly assuming that a 12-year-old could have nothing important to say. Over the years, Alex's passion about economics led us to many doors, some of them much bigger and (as parents) much scarier. This first door was easy though. All we had to say was, "OK, open it."

But why is it so easy for parents to miss opportunities for their kids. I believe it is because of low expectations. Part of the reason for this is that our generation is generally a product of the public school system. This is the same public school system which treats sixth grade boys the way the Center for Disease Control treats the MRSA virus: i.e., with medication, suppression and control.

It is simply incomprehensible to some people (like the postcard author) that a sixth grader could put together coherent adult thoughts. Twelve year olds simply can't do that. (Notice how much trouble we get into when we place all children under the blanket of age-limited expectations. In truth, however, there is no single entity of "twelve year olds". There are only individuals who happen to be twelve.) 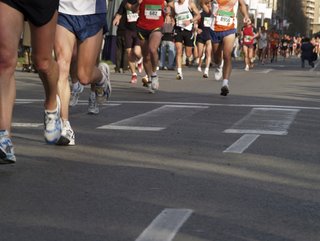 The flip side of not underestimating your kids is not overestimating them either. At times in Alex's life we have been tempted to assume that his emotional maturity was on par with his intellectual maturity. But oh no, no, no, no, no, this was certainly not the case. I've learned that kids rarely develop the different aspects of their personality at the same rate. In a lot of cases, the intellect can be on mile 13 of the marathon while the emotions are still lacing up their Nike's. 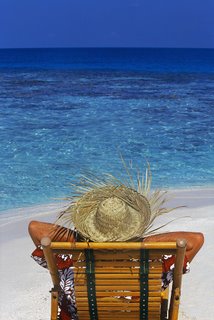 When we first realized that Alex would be graduating high school at age 16, we (wrongly) assumed that that meant he would need to live at the university. When both he and his older brother, Kevin received four year, full-tuition scholarships from Seattle Pacific University, we were even more strongly convinced that this was the right opportunity for them both. The only problem was that, although I am well advanced in years, I still have very strong and disturbingly specific recollections of the activities that took place in college. And I know that at 16 I would have been as ready for the college lifestyle as I am at 47 ready for the retirement lifestyle. (OK, really bad analogy&;.I am soooo ready for the retirement lifestyle....)

The point is though; we were falling for assumptions that often don't work for gifted kids. I mean, after you graduated from high school, you go to college...right?? Wrong! When your kid is too young to emotionally handle college hi-jinx then you need to follow your instincts rather than your assumptions. For us, it meant Alex would live at home for a couple of years and attend the university as a commuter student. This met his emotional as well as intellectual needs, as well as our needs as parents usher our kids gently into an R-rated adult world.

Raising kids is serious business. If you do it right, they will have more than enough opportunities to explore. Wisdom is required, however, when you analyze these opportunities to determine if they will work for your child. This may mean turning down some things that - at a different stage of development - would have been perfect. It also means taking control of situations and forcing opportunities to conform to your child's needs. You are the parent; you get to make the decisions.

For no reason other than I'm strange, I wonder what would have happened if "Incredi-boy" had been homeschooled. In other words - what if he had been properly socialized? I imagine there would have been a happy, precocious child getting his passions and skills shaped by a network of helpful mentors who would nurture him to responsible adulthood, when he could assume the fight for Truth, Justice and The American Way.

On the bright side, it's probably a good thing for the parents of superheroes that there are enough bad parents around to continually feed the pipeline of arch-villains.

Pass the popcorn. The movie's starting!

"I just have to review this lovely e-book I purchased in December called The Easy Truth about Homeschool Transcripts. Usually I am wary of e-books, as I have seen some that made my pre-teen's writing look like college level. However, since I have been impressed with everything else I've read from Lee Binz of The HomeScholar, I bought the e-book the day it became available and have not regretted it a moment. Lee homeschooled her two boys from mid-elementary school through high school and both boys were accepted to every college they applied to and both received full-ride scholarships to their first choice college. She didn't use some expensive transcript agency, but rather her sons got the scholarships and college acceptance with her mommy-made transcripts. She took all her experience and knowledge and put it in this wonderful, well organized, and truly "easy" guide to creating excellent high school transcripts written in the "love language" of colleges.

While the book focuses on transcripts, there is a wealth of information to be learned about homeschooling high school. For example, you will read about how your child's passion can be turned into $$$ (through scholarships) and what to do a junior high kid taking high school level classes or a high school kid taking remedial classes.

Additionally, The HomeScholar includes additional bonuses with every purchase of The Easy Truth about Homeschool Transcripts. The one I found most personally helpful was the month membership to her Gold Club. Through that membership I was able to talk to Lee personally on the phone each week, asking questions specific to my concerns. The very first call with her was an eye opener to me, and changed the way we are doing Science this year. Now my son is learning the same, but enjoying it so much more (and if he is enjoying it more then so am I, if you know what I mean).

In the interest of full disclosure, I will add that I have recently become an affiliate for The HomeScholar. I decided to become one since I was already sending praises out about this wonderful high school homeschooling resource and Lee personally invited me to be an affiliate."

~ Robin in Arizona, posted on her blog

You have created such an incredible resource and I'm thrilled to be mentored through these high school years. It's obvious you are a woman of great excellence. I believe you offer so much to the homeschool community and you obviously care deeply about the education of those choosing to educate their children at home."