Raising Your Own Superheroes: Catching Fire


In the first article of this series, I discussed the role of homeschool parents in discovering and shaping the passions that are built into each of their children. One thing I probably should have mentioned, however, is that the process of discovery may be very long and full of false starts. Sometimes you get lucky and your kids catch fire relatively early in life. Other situations require much more patience. It is not unusual for kids to go through junior and senior high school without gaining a sense of self-knowledge or higher purpose. If this describes your family, do not despair. This is normal. It does, however, suggest why the world seems to be filled with adults who are without passion or purpose in their lives. If catching fire is so difficult to accomplish in a homeschooling family, where both parents are fully invested in their children, think how difficult it is for a spark to kindle in the impersonal environment of public schools. Still, the best opportunity to raise a superhero who is ready to engage the world in their area of passion is through the careful nurturing and encouragement of their families.

In most families, “catching fire” is a slow process and not a one-time event. In the 2004 Pixar movie, The Incredibles, this is demonstrated in the characters of Bob and Helen Parr’s children, Violet and Dash. The older sister of the precocious Dash, Violet does not seem to understand her purpose and gifts until very late in the movie. In modern parlance, she suffers from low self-esteem. We see her in various scenes exercising her super-abilities (turning invisible and casting force fields) to disappear from a boy she likes and fighting with her brother. In other words, she does not have a meaningful outlet for her gifts. Her mother (Elasti-girl) is so insistent that her children not exercise their super-abilities (in fear that they will be discovered) that she inadvertently snuffs the flame in her daughter. Violet’s brother, Dash, knows that he is built for speed and is constantly whining to have an opportunity to demonstrate it. His father (Mr. Incredible) agrees and regularly argues with his wife to allow him to join the track team and truly become whom he is meant to be. 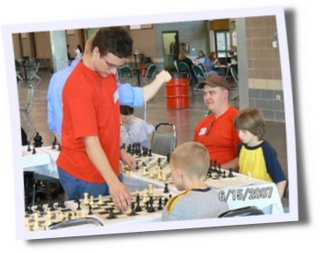 In our family, Lee and I agreed to encourage whatever passions our kids demonstrated. That did not mean, however, that we didn’t have a lot of false starts. At various times in our family, our kids were “into” architecture, interior design, aviation and computers. Our garage sales are still filled with relics of these misadventures. One time we observed Kevin coaching a five-year old on a chess concept and were completely convinced that he was going to become a teacher. He displayed the tenderness and patience of a young Mr. Rogers. While teaching as a career is likely not in Kevin’s future (not analytical enough), he has managed to parlay his good natured demeanor into a very rewarding vocation as a chess coach.
The key is a commitment on the part of the parents to understand their children; to recognize how God built them and to identify and provide opportunities to develop their gifts. Homeschooling is the perfect environment to discover these gifts because you can observe your children in many different environments and learning situations. In public school, you are likely to miss some of these “a-ha” moments, simply because you are not there to witness them. 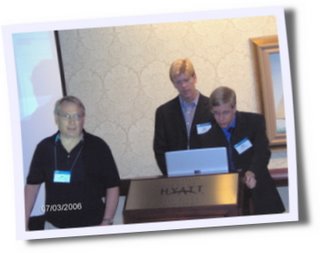 Even if the speculations about your kids don’t pan out, these interactions are a very valuable component to their growth. In our home, Lee and I often played the game of “Catch the Kids Doing Something Right.” We would observe them doing something new and we would say things like “I see you were being very tender and sweet teaching chess to that little boy” or “I noticed you really enjoyed teaching your Sunday School class”. These interactions did not necessarily lead to instant self-actualization in the kids, but they did reinforce ideas that they were forming about themselves. Kevin heard so frequently that he was kind, gentle, loving and tender that he eventually incorporated that into his self-image. We are convinced that in the future this will make him a tremendous husband and father. Since he was young, Alex has heard that he has important ideas that need to be shared. He believes this about himself and this, in turn, will enable him to be a strong leader. 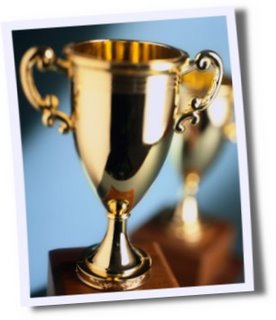 It is important that your observations are not just flattery or wishful thinking but are based on real events. True self-esteem is always built on real accomplishment and not simply on some egalitarian desire that everyone is “special”. As that little sage, Dash said in The Incredibles, “When everyone is special, no one is.” Kids aren’t dumb. They know the difference between getting a trophy for participating in little league and getting one for being MVP. Being “special” outside of accomplishment cheapens real achievement. Do you ever wonder how the military can take young men and women, some of whom may have very little by way of obvious gifts, and in a short time produce self-confident, mature citizens? I believe a significant component of that transformation is that recruits are given responsibility to perform real and meaningful work. In the military, accomplishment is recognized in a meaningful way, while mediocrity and indifference are discouraged (usually with extreme prejudice.)
As homeschooling parents, we should also strive to give our kids something meaningful to do. In our family, we did school for four days a week. In the early years, the fifth day was for visits to the park, book report lunches or play dates with friends. When they became teens, however, Friday was reserved for them to find a real job and pursue their area of passion. For Kevin, this meant demonstrating his maturity and chess skills to a National Chess Master, Elliott Neff, and getting hired as a chess coach in area schools. For Alex, this meant communicating his economics knowledge to the leadership of Discovery Institute in Seattle and becoming a research intern.

While as parents, we all believe our kids are special. It is critically important how we communicate this idea to our children. Praising kids for mediocre performance or for simply “trying” without the companion commitment necessary to achieve excellence will lead to a generation of narcissistic, self-indulgent adults. While our family enjoys the hit TV show American Idol, we intentionally miss the early episodes each season because we can’t bear to watch the pathetic parade of hopefuls being filleted by the judges. But what would possess young people, whom I’m sure are perfectly competent in other areas of their lives, to publicly display their deficiencies in front of millions of viewers? My guess is that as children they overdosed on the two unconditional affirmations from the Cult of Self Esteem: “You are Special” and “You can do anything”.

But is it responsible -- is it kind -- to feed such pabulum to children? It could be like the parents of The Human Torch encouraging him to be a firefighter! Remember, the parent’s role to help their children discover the gifts that God has placed inside them, and then to shape and mold their kids as they grow into those gifts.
The process of catching fire can take years and, to be honest, most homeschooling parents will not be able to point to a single event in the lives of their children that lit the fire. But whether it is by lightning or by rubbing two little sticks together, the job of homeschool parents is to keep the tinder dry and to gently fan even the smallest spark until it starts to blaze.