College Admission College Prep Homeschool Science High School
1109 Hits
2 Comments
A wise homeschooler once said, "If it stinks, it's chemistry. If it's slimy, it's biology. And if it doesn't work, it's physics." 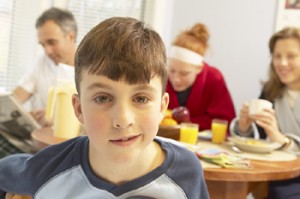 For children interested in medical or science careers, it's important to cover the stinky, slimy, and non-working topics of science.  For children considering a general college degree, cover a couple of the "regular" sciences, but then branch out if you want to.  There  are some great science options out there.  May favorite, by far, is the "Exploring Creation With" series by Apologia.

Apologia is a very rigorous college prep series. I don't usually recommend specific curriculum, because I know it's all about "fit" more than a  textbook. When it comes to science, though, I had such success with the curriculum we used, that I really do recommend it - even to my clients that are not Christian.

I know it for a fact that Apologia is a great college preparation because Alex (my non-scientist son) was able to pass a CLEP in Biology 3 years after taking Apologia Biology at home. He earned a 4.0 in Engineering Physics in college after taking Apologia Physics. Remember, he is NOT my science major. I made him take that engineering physics at community college with his brother, because he was too young to take a class by himself. So he learned well from the books even though he didn't "love" science. Apologia is GREAT stuff.

I know for a fact that Apologia is great college preparation because my son Kevin is an electrical engineering major in college. He still refers to his Apologia Physics book now and then. He used Apologia Chemistry over the summer, to review for a class he was taking. He has reviewed his physics book frequently. It's been one of my "best buys" for curriculum, because they have literally used them for 5 years. Kevin has a fabulous GPA in engineering, and I believe it is in part because he was so well prepared with Apologia Biology, Chemistry, and Physics.

Apologia is a self-teaching homeschool curriculum, so kids can learn it on their own, and parents don't have to know what they are doing in order to be successful. That's a big deal, because I didn't have a clue about physics, and barely was able to keep up with the chemistry.

Yes, absolutely Apologia is college prep. It's not perfect, because no curriculum is perfect. All textbooks have typos- ALL of them - and I'm sure someone could find a flaw in these books like you can find a flaw in every book. Still it's great preparation, and I recommend it even for my clients that aren't Christian.

For auditory learners, Apologia does have an audio book: Apologia on MP3 Audio

For hands-on learners, Beginnings Publishing has science curriculum that is a good alternative.  It's also a Christian curriculum.

For secular alternatives, another homeschool mother has a list: Secular Homeschooling Curriculum: High School Science. You can also pull together resources yourself.  One idea is to use a regular non-homeschool science textbook and supplement with CLEP Study guides to round out the study, ensuring it is a full course.  Add science kids that coordinate with the chapters by purchasing a kit from HomeTrainingTools.com.

Subscribe to my YouTube channel.  You’ll  get notified when I create new videos on homeschool high school topics! 1
Tags:
biology chemistry homeschool physics science
Doubling Up on English for CLEP Tests
How to Avoid Cheating in College

Guest - Tweets that mention homeschool parents can concentrate on the subjects according to their kids career preference - #homeschool -- Topsy.com (website) on Monday, 13 December 2010 08:07

[...] This post was mentioned on Twitter by Lee Binz, Lee Binz. Lee Binz said: #homeschool parents can concentrate on the subjects according to their kids career preference - http://wp.me/pctmJ-1go #homeschool [...]

"If it stinks, it's chemistry. If it's slimy, it's biology. And if it doesn't work, it's physics."

0 Cancel Reply
"If it stinks, it's chemistry. If it's slimy, it's biology. And if it doesn't work, it's physics." [smile] I like that.
Cancel Update Comment