College Admission College Prep inspiration
1057 Hits
1 Comment
Guess what?  One day they grow up and graduate from homeschooling!  I'm not kidding - it's true!  Here is Michelle's story. 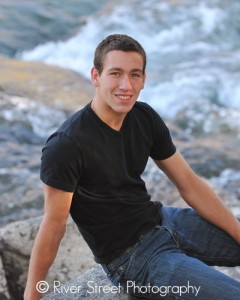 Thanks so much for your enthusiasm and everything you do to support homeschoolers and promote homeschooling through high school. I will briefly share my experience in case you want to blog about it - hopefully it will encourage others.

We started our homeschooling journey when our boys were 5 & 7. David was just coming off a good year of kindergarten at a Christian school, but we thought we could give him more of what he needed at home, both in formal academics and informal play/exploration time. In October of that first year of homeschooling we moved from western WA to Wenatchee and in February I found The Well Trained Mind by Susan Wise Bauer, which set the general outline for the rest of our journey. Also that year we joined a co-op in order to meet more homeschoolers and do some group classes, like PE, art, and music.

Although our curriculum and focus changed from year-to-year, we generally followed a strong college-prep program with lots of travel, field trips, and reading. In 2002 and 2003 we took a couple 2-3 month trips in our motor home around the US and into eastern Canada, visiting family members, national parks, and other sites of interest. Over the years I attended homeschooling conferences and read many books about homeschooling, absorbing all I could about how to do this & give my kids the best possible experience and start in life, preparing them for whatever future God has for them. As we moved into high school, I found David & Laurie Callahan's books to be especially helpful and encouraging.

In 2009 I met you at WATCH (I think--maybe it was WHO?) and was so happy that someone was picking up the torch and encouraging parents to  finish the race all the way through high school. You have definitely filled a need, as seen by the explosion of popularity in your blog, Facebook page, etc. Since my background is as a secondary math teacher, and I am comfortable outsourcing classes in my weak areas, I was less concerned about teaching high school than I had been about teaching first grade, but I still needed some help & encouragement.

David's interests have always been in the natural world. He had a strong fascination with snakes, frogs and lizards when he was young and even kept pet snakes for several years. As an elementary school student he spent many hours at the pond playing and searching for animals. He loves to be outdoors and now is never happier than when hiking or shooting his rifle. He started swimming on a competitive team when he was 13 and soon earned the respect of the coaches and swimmers because of his hard work and dedication. A few years ago he started talking about going into the army and I encouraged him to consider ROTC, so that he could finish college and go into the service as an officer. Shortly after that he learned about West Point and that became his goal.

David started the West Point application process in April of 2010, and in September we were able to go to New York for a visit. After spending the morning shadowing a cadet and hearing about life at the academy he was more convinced than ever that West Point was the place for him. He continued to pursue the long and arduous application process, where they evaluate the students academically, physically, and for leadership potential. I drove him to Yakima, Ellensburg, and Seattle for physical exams and interviews. His Dad drove him to Doc Hastings' office in Tri-Cities through a snowstorm so he could interview for his nomination. On December 23rd David found out he was offered an appointment to the USMA class of 2015. What a Christmas present!

Once he was accepted the work wasn't done. David has been busy the last few months filling out mounds of paperwork for everything from uniform size to security clearance. He swims every day and says he will keep swimming until the day he leaves. He's also keeping up with his schoolwork so he can finish strong. The past two years he's taken dual-enrollment classes at the community college, and he will take his last final on June 17th. Then grad party June 18th and a week later on June 26th we put him on a plane and he will fly to New York. Our work is almost done & his new adventure will begin. We are so proud of him & excited to see how God will use him in this new phase of his life.

How will your homeschool story end?  Spend the summer planning and resting to avoid burnout.  That way you can hit the ground running next fall, organized and confident!

For more information about marketing your child so they can compete for scholarships, you may want to look at my video“Getting the BIG Scholarships" online class or DVD.  I will occasionally have a video presentation on my Gold Care Club website called “College Scholarships for High School Credit” that describes how to apply for the smaller private scholarships.
Tags:
homeschool graduate homeschool high school homeschool kids homeschooling
Homeschooling High School: Born That Way, Stay Tha...
Homeschool High School: Parent Training A La Carte

Well Done Michelle! Thank you for sharing your success. I applaud your choice to home school your sons. You gave your children the most important thing, YOU. Through your time, energy and consistent preparation you provided a great atmosphere to prepare to be an officer and a gentleman. Well Done Mama, well done!

0 Cancel Reply
Well Done Michelle! Thank you for sharing your success. I applaud your choice to home school your sons. You gave your children the most important thing, YOU. Through your time, energy and consistent preparation you provided a great atmosphere to prepare to be an officer and a gentleman. Well Done Mama, well done!
Cancel Update Comment