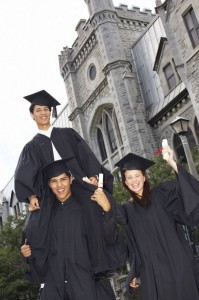 The easy part of earning admission to Harvard is being a homeschooler.  The hard part about getting into Harvard is the same thing that makes it hard for every other student to get in.  Harvard accepts homeschoolers, and if your homeschooler has an eye on the Ivy League schools, don't worry that homeschooling will hold them back.  Here is a story about one family and how they educated for excellence, with excellent results.

Here is a YouTube interview with the student and her father.
Homeschool to Harvard: one student's amazing story - Dakota Root with father, Wayne Allyn Root on Fox News on 5-23-10
http://www.youtube.com/watch?v=LBxCJ43uwkA

You can read an article by her father called "Homeschool to Harvard."
http://whiskeyandgunpowder.com/homeschool-to-harvard/
Homeschooled her whole life, "Dakota Root achieved her lifelong dream. She was accepted at both Harvard and Stanford. She was also accepted at Columbia, Penn, Brown, Duke, Chicago, Cal-Berkeley, USC and several more of the elite schools in America, an unheard of record for a home-school kid."

Going from homeschool to Harvard is not a new phenomenon.  In the book Homeschooling for Excellence by David and Micki Colfax
http://www.amazon.com/Homeschooling-Excellence-David-Colfax/dp/0446389862/ref=as_li_wdgt_js_ex?&linkCode=wey&tag=thehom-20
authors David and Micki Colfax describe being homeschoolers on their ranch in the 1970s and '80s. They taught their four sons at home and three of them got into Harvard.

Just remember, if your child wants to go to Harvard, being homeschooled is NOT a hurdle they have to overcome.  It's everything else that Harvard requires that's difficult!