Sep 17 Posted by Lee Binz in Homeschool Science
Colleges want to see three sciences and at least one science lab, but you still have a lot of freedom within those requirements.


My daughter has expressed interest in studying Botany for this year (she's a freshman) instead of studying a traditional Biology course.  I have found a great course for her as well as additional supplemental materials.  I want to make sure before I purchase the materials that our course will be accepted by colleges/universities as a bonifide biological science credit. Thank you for any insight, advice, or suggestions you can share!
~ Anissa in North Carolina 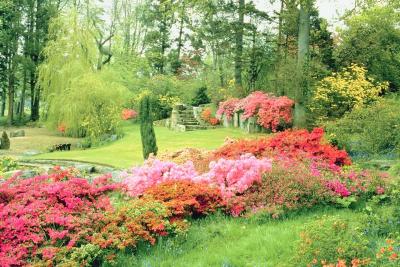 Every college will have different policies, so to get the "official" answer you would really have to ask the colleges you are considering.  For example, some colleges will require some sort of documented, tested PROOF of sciences, in which case you'd need a test in biology or chemistry or physics in order to meet their admission standards.  I have to say, though, that doesn't happen too often. For most colleges, they accept a homeschool transcript as long as the standardized ACT or SAT tests scores look acceptable.

From a homeschool perspective, I have seen many successful homeschoolers include botany for their science courses, and they have not had a problem.  Colleges in general like to see three sciences in high school, and in general they want at least one of those sciences to be a lab science.  Beyond that, however, colleges don't usually specify WHICH science you need to teach.  Sometimes people assume that science has to be biology, chemistry and then physics, but that isn't necessarily the case.  If your child wants to go into a science career, then those "big three" might help in the long run.  Other than that, you can branch out a bit.  I usually suggest at least one year of science from biology, chemistry and physics, just to cover your bases.

So feel free to branch out!  Botany seems fun, she is interested so she should do well with it, and I've seen homeschoolers be successful with botany on their transcript.  Go for it!