This is a 5 Alarm Alert for all parents who have children with smartphones. The latest craze to hit the culture is an augmented reality app called Pokemon GO. Released on July 6, this app is now the number one download in the Apple store and has been installed on 5.16% of all Android devices in the U.S. It may soon even outperform Twitter, according to Forbes. Chances are, if your kids have a smartphone, it is already downloaded and they are already playing it. [Read More: Forbes]

For the uninitiated (those who have been focused on the real news tragedies since July 6), here is a summary: Pokemon GO turns your ordinary mobile phone into a window on a fictional world. As you walk through the world, Pokemon GO uses your phone's GPS and alerts you when you're close to a creature. When you turn on the camera, the pokemon appears overlaid on whatever your phone sees. [See an example here: CNN.com]

By turning on their camera, creatures pop up on their screens, appearing in patches of grass, hospital rooms, table counters, bathtubs, trees, and even the kitchen sink, all depending on where they are located. Players walk and travel around their area, pausing at buildings or monuments to find virtual characters that appear on their smart phone camera. They are fighting for the title of "The Very Best That No One Ever Was."

So, in a nutshell, the next generation of digital zombies you will soon start noticing will be laser focused on catching the Pokemon monster standing next to you. Do not be alarmed. They are probably harmless, unless you get in their way. Because even though the app is merely a week old, social media is filled with stories of injuries and accidents from people bumping into, falling over, or basically tripping their way through the game. Beyond bumps and bruises, there are other, more serious reasons to pause before starting this game.

Before allowing them to be unwittingly exposed to the dark side of this popular game, you need to quickly educate yourself on this fad. Quickly, because it's growing so fast it will make your head spin.

As mentioned, people lose awareness of their surroundings while playing Pokemon GO. This is because they need to focus on the app in order to locate the monsters in their area. This keeps their head down while they are walking, biking, and even more disturbingly, driving (see threat 5). The result is bumps, scrapes, and bruises. This is seemingly hilarious to people posting their injuries online, but in this case, the only difference between a bruise and death is time. Given the game design, I guarantee we will be seeing reports of accidental deaths from playing this new game very soon. [Read More: Phys.org]

Because the game is not yet released in all countries, wannabe players are taking matters into their own hands and downloading unauthorized versions of the game onto their phones. This puts their phone's security at huge risk because hackers have long known the easiest path into someone's life is to offer a free app which promises an "enhanced" experience of the game in question while actually stealing your data. It is only a matter of time before these new apps appear. Don't be fooled and don't let your kids be fooled. [Read More: Independent.CO.UK ]

Pokemon GO requires you to give permission for a number of privacy intrusions: location services, camera usage and data, time zone, etc. Pokemon GO is also automatically granting permission to read your Gmail, says TheVerge.com (Read More). [Update: This claim has now been denied by Pokemon GO creator, Niantic. See the latest here.] Be aware of the readings on your "creep-o-meter" when you hear about such things. Do you want strangers to know exactly where your child is at all times? Not surprisingly, people are wondering what Nintendo plans to do with all this data. It is another example of "free" apps that carry an enormous price on your privacy. You need to think about the wisdom of allowing companies so much access into yours and your children's personal information, including location and daily travel patterns. STOP ... and THINK!

The most ironic aspect of this new game is that it is marketed as a way for players to get more exercise and make more friends. In fact, it has been responsible for bringing people together, for game battles, who may not normally have met each other. This, of course, can be a good or a bad thing, depending on the people. While this sort of encouragement to be social is rare and a bit unexpected from a video game, it is also easy to see that the quality and nature of this type of socializing may not promote improved mental health. Yes, the game helps you "get out there" in the world, but keep in mind that the world in which you play the game is not real. In truth, the game promotes a heads-down focus on a fantasy world, rather than awareness of surroundings and who you are with.

This game makes you look very suspicious when you are in unfamiliar surroundings. Police are warning people not to play around police stations. A police department near Seattle says that gamers were popping out of bushes behind their station looking for pokemons and reminds the public, "It's never OK to pop out of a bush and scare a police officer." [Read More: Q13Fox.com] This concern urged one blogger to suggest Pokemon GO is a death sentence if you are a black man. [Read more on Medium.com]

This may represent the biggest threat to society at large because players actually get in their car and drive in search of pokemons. This means a HUGE threat of distracted driving to players and non-players alike. A direct quote from a forum this morning: "I am now officially a menace to society because I am watching my phone for pokemons while driving." Worse, you can now search Twitter for tweets that include the words "Pokemon GO" and "driving" and see that there are now thousands who have added another level of distraction to their normal driving and texting habit. Everyone needs to be more aware of distracted drivers because we are about to start seeing accidents and deaths due to this game. Walking and biking under the influence of Pokemon GO is less dangerous, because you are less likely to kill other people while playing. Still, it's a serious problem! Kids are biking while playing. [See example: iDailymail.co.UK] It's a matter of time before the first "hilarious" videos of people riding their bikes into trees while playing start to go viral. That's why saying, "this game gets you outside to play" isn't a reasonable benefit of the game. Read more: CNET.com

The game could encourage people to trespass on private property and loiter, which can have serious consequences. Players are wandering into dangerous areas, police stations, neighbors' property. Pokemon GO players also share on Twitter that they consider to trespass into gardens just to grab one of these virtual Pokemon. Remember that in some States you can get shot for trespassing. [Read one example: Independent.co.UK]

Police are getting phone calls about people doing dangerous things and getting into some crazy situations while playing Pokemon. Players remain gleefully ignorant, sharing their stories online, but it remains serious. One police station had to warn people not to walk off a pier. [Read the Police Warning]. A woman playing Pokemon GO found a dead body in a river, where she believed should would find a pokemon. She said she'd jumped over a fence to get to the pokemon shown on her map. [Read more: BBC.CO.UK]

Using the app, people can easily locate victims to rob, knowing people will show up, not be paying attention, and have a smart phone on them. Teens in Missouri have used the Pokemon GO app to lure victims to a location where they could rob them at gunpoint. [Read the Story: Fox News Insider]

Finally, it's not just your wallet you need to watch. It is possible for criminals using the app to prey on children. "Despite having been available for download for just a matter of days, the game has already been linked to anecdotes of broken bones, dangerous driving and other serious injuries, as users follow the creatures across roads and fields with their eyes glued to their screens. But, more worryingly, there are now claims that the app could be used for something more sinister altogether - such as pedophiles using the 'lure' element of the game to trap distracted children." [Read more: Dailymail.co.UK]

So there you have it, the Top Top 10 Threats from Playing Pokemon GO.

The reasons include threats to safety for yourself, your child, and broader society as people drive while gaming, ignore surroundings, and pop up everywhere unexpectedly like prairie dogs. Proceed with extreme caution! 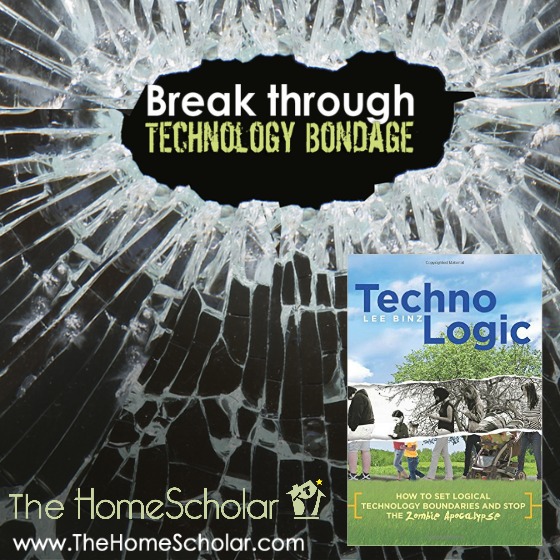