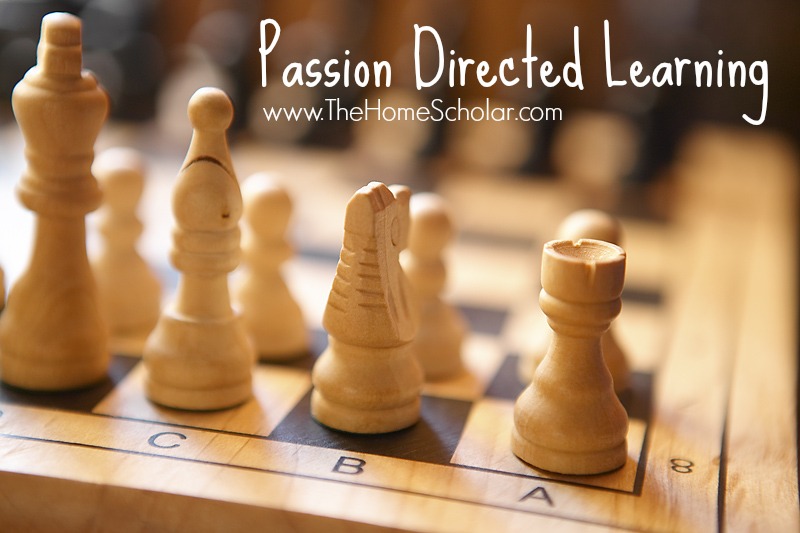 I was amazed how often my son Kevin studied chess when we were homeschooling!  I remember giving him choices about what he could work on, but my GOODNESS he loved chess!  When we were using Power-Glide French, it had the students write some essays during the year; some were about France and some were in French.  One of Kevin's essays was about FIDE - Federation Internationale d’Echecs, or in English, the World Chess Federation.  His French essay was "D’Echecs" or in English...well...CHESS! Isn't that great? He was writing across the curriculum using his passion - passion directed learning!

Try having your student write about something they like.  Give them the choice to write about anything that will match the writing assignment.  It doesn't always work, and it certainly doesn't completely eliminate bad attitudes, but if you let them write about what they love, sometimes it will make it easier.

What is your child's passion-directed learning in your homeschool right now? Is it driving you crazy? Please share in the comments!

Please note: This post was originally published in April 2009 and has been revamped and updated for accuracy and comprehensiveness.
Tags homeschool passion passion directed learning student
PRINT
No Internet Connection