Homeschoolers assume four primary parent roles throughout their children's lives: that of caretaker, teacher, mentor, and friend. These four roles are not unique to homeschool parents; they just seem to be much more intense in homeschool families than they are for parents who have "outsourced" much of their children's education. Homeschool parents know, probably better than most, the exceedingly high stakes involved in educating their kids. If they fail, there is no external safety net. I believe an appreciation of this concept affects how homeschoolers approach all four parent roles, or seasons of homeschooling. 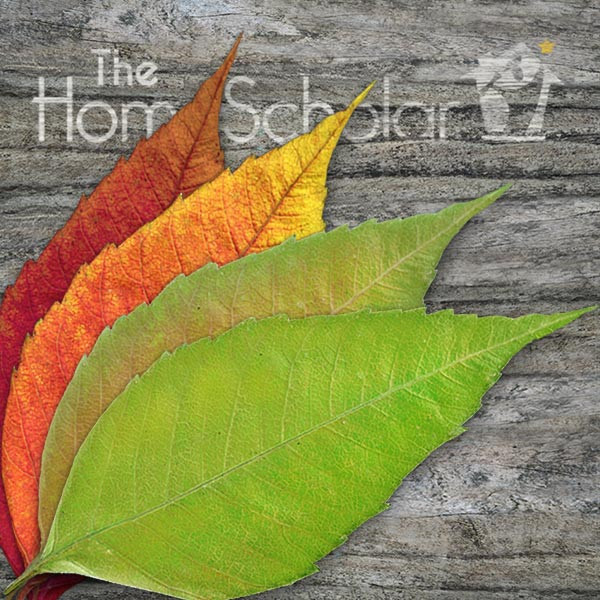 Like the changing seasons in my hometown Seattle, these homeschooling seasons have no clearly defined start and stop. Parents play a caretaking role throughout their kid's childhood. It is a role that gradually lessens over time (although the period of caretaking in the teenage years is probably as intense as any other time in a child's life). Parents who are committed to homeschooling their children do not have the luxury of anticipating a long stretch of childhood when the primary role of teacher will be delegated to others. The difference in attitude that this makes is as subtle as it is important. There is a rough analogy to the changing attitudes humans have had towards the environment over time.

When we first gathered into villages, our ancestors must have had a dawning realization that merely moving human waste outside the community's boundaries was a losing proposition. As time went on, I'm sure they concluded the mess would eventually need to be dealt with. Likewise, parents who shove the education of their kids "outside the gates" may think that they have addressed their responsibilities but may wonder why "the mess" keeps coming back to them. 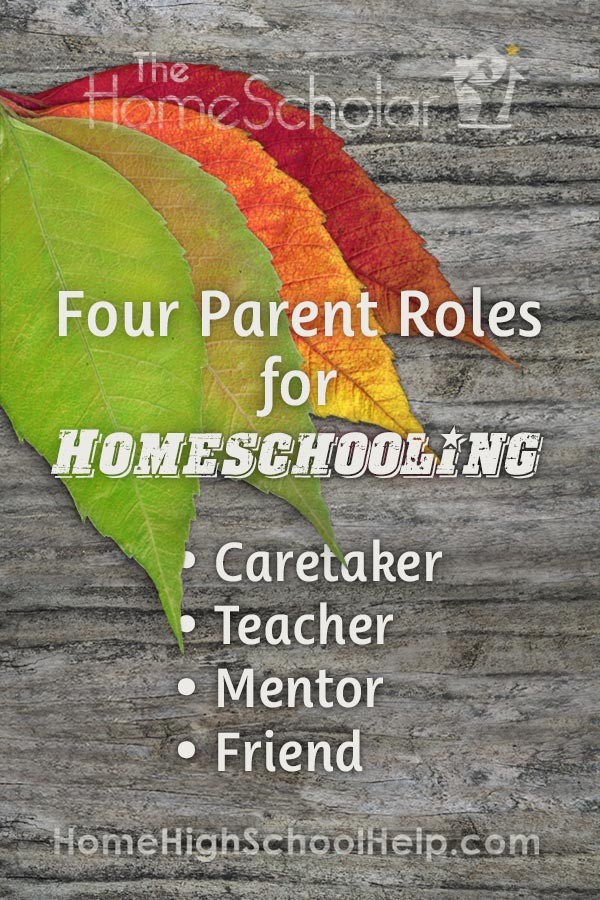 Because they know they will be living with what they create, homeschool parents tend to be a bit more thoughtful in the execution of these four parent roles. Sure, it may be the instincts of a loving parent, but if we are honest with ourselves, there is also an element of self-preservation involved. "Hmm … if I let little Timmy get away with being disrespectful today, how will that affect our lives with him tomorrow?" This is an important question that is not easily dismissed when Timmy will be planted in our living room for the next 16 years.

Likewise, parents who assume a "supporting role" in the education of their children may adopt a defeatist attitude when dealing with behavioral problems. "Can you believe what they are teaching them in the schools!? What is this world coming to!?" Homeschool parents, however, recognize that success depends on their commitment and their ability to marshal the appropriate resources to support a productive learning environment.

Because the teaching role in homeschool families is "supercharged," the transition from teacher to mentor can be exceedingly challenging. The question is, how do you move from being the one from whom all educational decisions flow (teacher role) to the one who must stand by and allow natural consequences take their course (mentor role).

Well … sometimes the answer is "poorly." 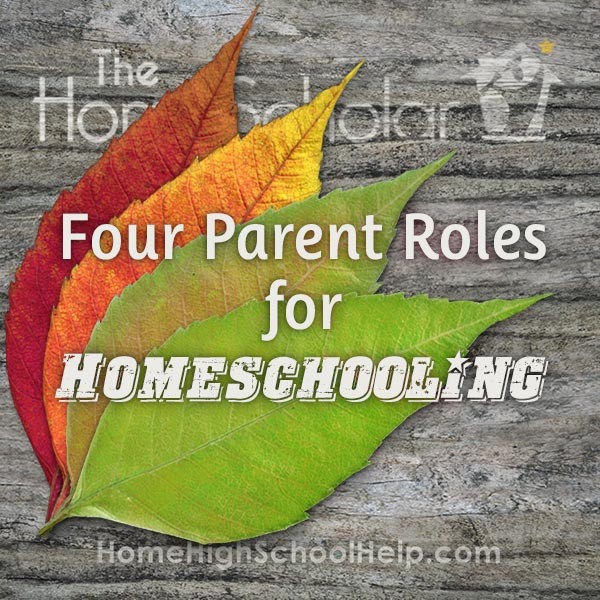 In our home, it took a while for us to come to grips with this shift. Being a homeschool teacher was—for the most part—a delightful family time. There is a bit of denial, however, when one considers that your children won't be homeschooling forever. That is why you never hear a homeschool mom say to her adult child, "Please don't schedule a late teleconference, sweetheart, you and I are doing a unit study on toads tonight."

This is a good thing, I suppose. Mom and dad have earned the right to step back from their children's struggles as they homeschool their kids. But the transition can be difficult.

Homeschool parents have spent years ensuring they cover everything. They've been vigilant not to leave gaps in their children's education. They've invested heavily in their areas of interest. They've spent sleepless nights praying for their spiritual journey. And then … everything changes.

Kids start to grow up. They start that long and often painful transition from childhood to adulthood. They begin to stretch their wings. This would be a universally joyous event except for one small problem.

They frequently mess up.

That was the part I hated the most about homeschooling. It got to the point where it wasn't enough to bite my tongue; I needed to sew my lips shut. I became one of those psychotic parents who went around muttering to myself … "I'll teach him what it means to work hard … doesn't he understand what he's doing???..." And because I would usually be looking down as I muttered, perhaps the dog thought he might get kicked.

But a funny thing happened. After a while, they did start to learn! I remember when my oldest was 10 months old, and we could sit and watch him for hours at the coffee table: standwobble-crashstandwobble-crash-standwobblecrash ... I must say however, that same basic pattern isn't nearly as amusing when they are older teens. "The bigger they are, the harder they fall," has never been truer.

Then suddenly it changed.

Within a year, our eldest went from ignoring everything we said to repeating everything we said. It's true. We would come away thinking we just had a conversation with ourselves! It was miraculous. Something happened where he seemed to internalize nearly every parental lesson we had taught over the years (with the exception of hanging up his clothes, where he obviously didn't get the memo).

Parenting is an exercise in fatigue and futility.

On one hand, being a mentor to your child should be easy. They are adults and consequently get to make adult choices. What makes it hard is that as parents we still feel so responsible. You'd think all the years of being ignored would teach us we don't have control over our teen's choices. Intellectually, we get it. Emotionally, we were 100% committed to pushing that rope, tied to that rock, up that hill.

Eventually, we didn't get smart, we just got tired.

A funny thing happens when parents let go. The kids seemed to sense that we weren't protecting them so much and they actually started to behave more responsibly. Imagine that! I suppose after homeschooling them for so long, we should have known they weren't dumb. But they really started to get it.

So you see, the key to moving from teacher to mentor is just to stop teaching so much.

Stand back, and let them learn from experience.

You are not responsible for your adult children any more. Let it go! If you are tempted to jump back in the middle of their lives, go find another distraction. Get a dog! You can train a dog and (if you are holding a biscuit) they will listen to you!

But don't get discouraged. Mentors still get to teach. The key is that they get to teach only when asked. You are no longer a river of education flowing freely across the desert. No, you are a hose, and you have a nozzle. Sometimes you may feel like an extremely high pressure hose, but you still need to be shut off until someone metaphorically squeezes your handle.

The fourth season is sweetest.

The parent roles of homeschooling are caretaker, teacher, mentor, and friend. The last season of homeschooling—which promises to last the longest—is the season of friendship. Finally, you and your kids are equals. You may find yourself learning as much or more from them as they do from you. You may seek their wisdom and counsel over problems you are having (like technology issues for me).

There is freedom in just being friends. The pressure is off, and the relationship can find a center. I suppose the real payoff for all your hard work will come when they have kids of their own. You then may have the delight of seeing your children on their own journey through the four seasons of homeschooling. If you are lucky, you will be asked to play an active role throughout. It really doesn't get much better than that.

Enjoy each season. They grow so fast! 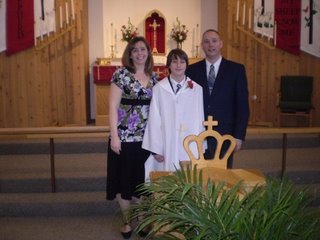 "I found Lee Binz while I was searching the internet. I stayed up late into the night reading her blog and other articles that she has on her website. My husband and I set up an appointment with Lee for her high school crash course. Talk about hand holding! It was just what I needed. She answered all my questions about SAT®, ACT®, CLEP®, AP®, and PSAT/NMSQT® testing. She helped me set up a plan for the next four years. It was wonderful. It was definitely three hours well spent. The best part? My husband and I left the meeting as a team. That is what Lee did for me. Even today I still feel 100% better about all of this." ~Tressa in Washington

SAT®, AP®, and CLEP® are trademarks owned by the College Board, which is not affiliated with, and does not endorse, this blog post or The HomeScholar, LLC.
PSAT/NMSQT® is a registered trademark of the College Board and the National Merit Scholarship Corporation.